Hopes are dashed for a missing teenager who disappeared while swimming in a river with friends on Christmas Day.

Jules Lunanga, 18, was playing on the Murray River near Albury on Saturday when he got into trouble after being separated from the group.

Local police, paramedics and the State Emergency Service joined the search for the 18-year-old, but he was suspended due to bad light shortly after 20:30.

The search continued through Sunday and Monday, with his devastated family watching from the banks as dive teams investigated the area. 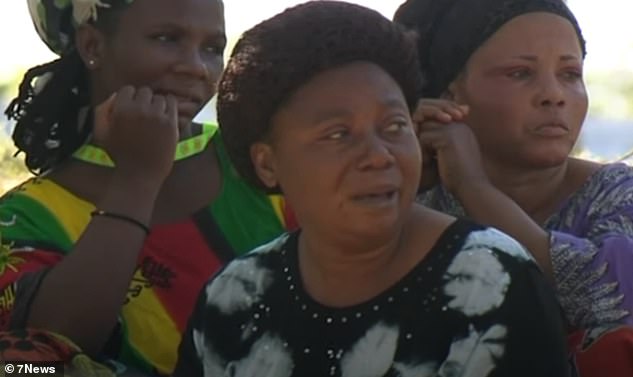 Police and the State Emergency Service continue to patrol the area as friends and family wait for a miracle.

‘I can’t think of anything, I can’t do anything. I’m still in shock, ‘Lunaga’s friend Moise Nsabimana told Seven.

I think it’s okay. I think he will make it. I don’t think it’s gone like this.

Lunaga’s mother sat on the banks of the Murray praying and being comforted by others as they watched emergency services searching the area on boats and jet skis.

There have been three drownings in New South Wales and Victoria over Christmas weekend, including a three-year-old boy who died on the night of Christmas Day.

Neighbors removed the boy’s body from Lake Macquarie around 6:30 p.m. Saturday after playing in front of his house.

The boy is believed to have wandered away from his family and fell into the water where he was unable to get out.